The Menorah is a candelabrum that has significant meaning in Jewish history and ritual. There is a seven branched Menorah used in the ritual services, and also special nine branched Hanukkah Menorah, which is also called a Chanukiah.

The Seven Branched Menorah
According to the Bible (Ex. 37:17-24) and the Talmud (Men. 28b), Bezalel made the original Menorah from a single mass of gold for the Tabernacle (Ex. 25:31-40). The Tabernacle was the temporary, mobile center for worship of God used by the Israelites from the days of Moses until construction of the First temple in Jerusalem. According to tradition, the original Menorah sat with ten additional lamps in the First Temple in Jerusalem. When the First Temple was destroyed, they were demolished 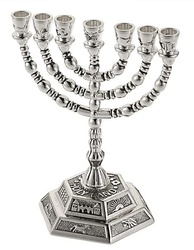 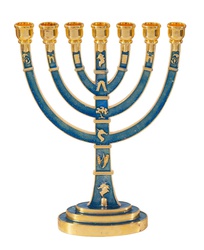 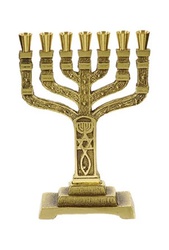 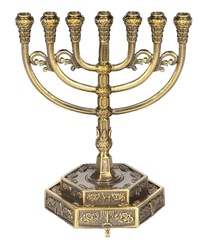 Menorah with Hexagon 12 Tribes Base 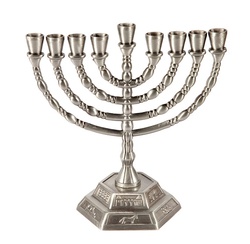 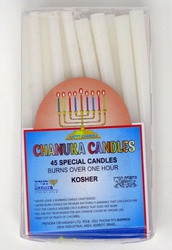